Rabbit SaysChina News Network
Home Health Coronavirus Trump: Mexico’s Epidemic is too Serious, People should be Glad that I... 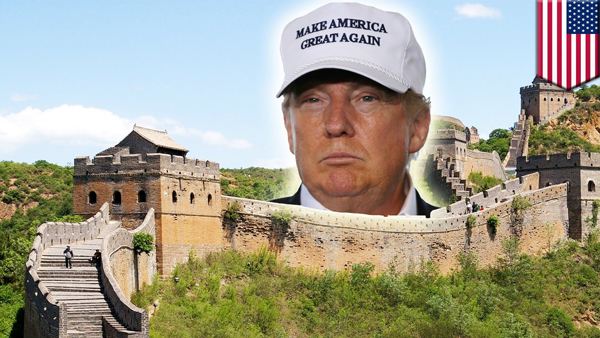 US President Trump recently claimed that “The Mexican Novel Coronavirus epidemic is very serious, but I closed the border, and Californians near the US-Mexico border should be happy that I am the US President.

However, the media criticized Trump for “another attempt to shirk responsibility” because less than 25,000 confirmed cases in Mexico and 1.2 million in the United States.

Trump said: “Mexico is experiencing a very serious problem with the novel coronavirus, and now California, understand, (why I) don’t want people to cross the southern border”, “They (Californians) are lucky, I am their president. The border is very tight, and the fence is being built quickly! “

The British “Independent” reported that: the number of diagnoses in the United States has approached 1.2 million, the number of deaths is close to 70,000, and the number of diagnoses in Mexico is less than 25,000. A “very tight” border was established. Trump has always been criticized for his ineffectiveness in the fight against epidemics. He has repeatedly claimed that he is doing the right thing, and closed the US border in time, just trying to shift focus and avoid being accused.

The United States and Mexico reached an agreement on March 20 to stop unnecessary travel between the two countries. At that time, the United States had nearly 20,000 confirmed cases. According to reports, the Trump administration and U.S. multinational companies have been pressing Mexico to continue operating factories during the epidemic, which are critical to the US supply chain.

In April this year, Christopher Landau, the US ambassador to Mexico, said: “Economic destruction is also a health threat. There are risks everywhere, but we can’t stay at home.” Professionals pointed out that the US requirements have caused outbreaks of infection in many Mexican factories.

“He made grandpa laugh”

“When Trump is abducted, he is always energetic”